Expectations and the Neutrality of Interest Rates

With a Phillips curve, we have some non-neutrality as well: Higher nominal interest rates raise real rates and lower output. A good model in which higher interest rates temporarily lower inflation is a harder task. I exhibit one such model. It has the Lucas property that only unexpected interest rate rises can lower inflation. A better model, and empirical understanding, is as crucial to today's agenda as Lucas (1972) was in its day.

Much of this is contentious. The issues are crucial for policy: Can the Fed contain inflation without dramatically raising interest rates? Given the state of knowledge, a bit of humility is in order.

The link also has slides, if you like those. In one slide, I managed to put together the 54 year project to (finally) produce a full theory of inflation under interest rate targets: 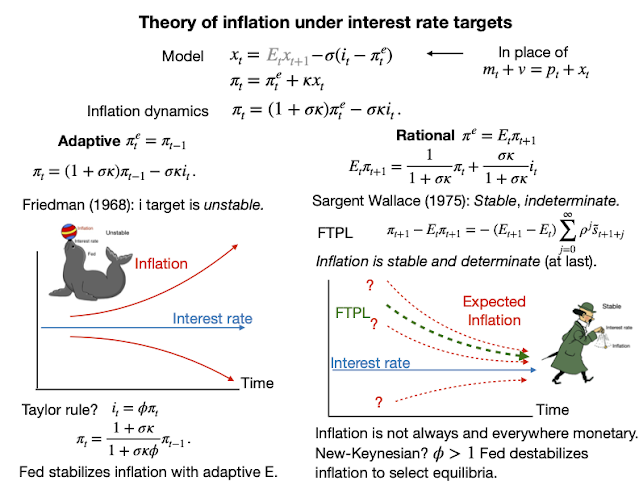